Contractors under EPA oversight begin demolition of buildings at the Des Moines TCE Superfund Site on July 19. After building demolition, the site will be ready for redevelopment, which will be led by the city of Des Moines. (Photo credit: U.S. EPA)

(Lenexa, Kan., July 19, 2021) – Today, the U.S. Environmental Protection Agency (EPA) began on-site demolition of contaminated buildings at the Des Moines TCE Superfund Site. The building demolition follows work in June 2021 to remove and dispose of asbestos and hazardous substances from the buildings prior to their demolition.

“Safely taking down these buildings sets the stage for the city of Des Moines to lead future redevelopment of this site,” said Acting EPA Region 7 Administrator Edward H. Chu. “We are excited for the future of this property and that of Des Moines, as this site will transform from a dilapidated industrial eyesore into a community gem in the heart of the city.”

The work follows the February 2021 court approval of a settlement agreement with Dico Inc. and Titan Tire Company that includes transferring the property to the city of Des Moines. Nearly $3 million of the $11.5 million settlement will fund EPA’s demolition of the contaminated buildings and update the site’s 35-year-old groundwater treatment system. The remaining funds will replace EPA’s past cleanup costs at the site. Titan International is the parent company of Dico Inc. and Titan Tire Company.

The 43-acre property was home to several former industrial operations, including the manufacture of pesticides, steel wheels, and tires. Dico’s operations at the site resulted in the release of trichloroethene (TCE), 1,2-dichloroethene (1,2-DCE), and vinyl chloride to the groundwater; residual pesticides and metals to shallow soils; and pesticides to buildings, soils, and drainage areas. Titan International purchased the property in 1993 and closed the Dico plant two years later. Considered the most blighted and hazardous section of downtown Des Moines, the property has been vacant for over 25 years.

EPA designated the property as a Superfund site in 1983. With the Superfund law, EPA operates under the “polluter pays” principle and held Dico/Titan accountable for cleanup and reimbursement of EPA’s oversight costs.

The city is planning for future mixed-use development, including a potential stadium and hotel, as well as retail development.

Information on the Superfund program is available on EPA’s website. 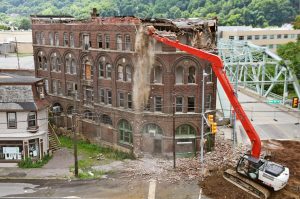 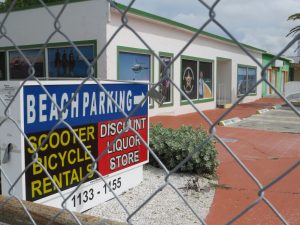