A 12-story office building on Michigan Avenue in Dearborn is slated for demolition due to safety concerns.

In a Facebook post on Thursday, Mayor Abdullah Hammoud said that the city has recommended the demolition of the Village Plaza tower at 23400 Michigan Ave.

“After several failed attempts to rehabilitate the property and address the notices of violation, a demolition notice was issued to the property owners,” Hammoud wrote in the Facebook post. “This blighted property has negatively impacted the surrounding neighborhoods and our downtown for too many years.”

The city inspected the commercial property Aug. 12, according to a demolition notice first reported by Crain’s Detroit Business. It is unclear if the building owner Namou Hotel Group responded within the 10 days given in the notice.

A representative for Namou Hotel Group in Madison Heights could not be reached for comment Friday.

According to the demolition notice, the property must remain vacant.

The 285,468-square-foot building was ordered evacuated in early 2018 due to safety issues, including asbestos displaced after a pipe broke, according to a Detroit Free Press article. 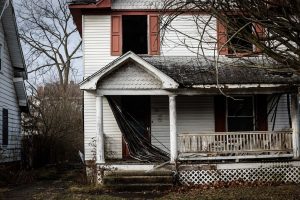 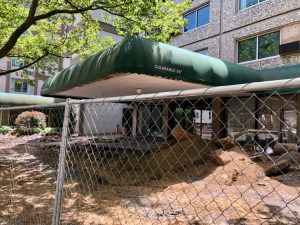