Station Casinos parent Red Rock Resorts Monday began the demolition of its Texas Station and Fiesta Henderson properties in Las Vegas. These are two of three Station Casino operations that never reopened after Gov. Steve Sisolak ordered a blanket casino shutdown during the first wave of the pandemic.

Texas Station, Fiesta Henderson, and Fiesta Rancho are locals’ casinos situated away from the bright lights of the Strip and Fremont Street. Once demolished, the land underneath them is expected to be sold.

Wild, Wild West is a modest, low-rise casino-hotel just 15 minutes walk from the Strip and is considered a prime piece of real estate. Red Rock plans to redevelop it into a much larger high-end property.
Long-Term Strategy

Few comparable parcels of land are currently available for development close to the Strip. Over the years, the company has bought up an extra 100 acres around the Wild West Plot, so there is room for maneuvers.

Red Rock has vast undeveloped real estate holdings throughout the Las Vegas Valley and Reno. The company’s strategy of buying and sitting on land parcels years before it commences new projects has made many analysts bullish about its long-term prospects.

It purchased the land for its current project, Durango, 22 years ago, only commencing construction at the beginning of this year.

Having long been a leader in the Las Vegas locals’ market, Red Rock is expected to significantly increase its number of integrated resorts over the next decade.

In July, it announced the acquisition of 126 acres of land south of the Strip for $172 million. It currently owns around 430 acres of land in the Las Vegas Valley.
Texas Station, Fiesta Underperformers

Texas native built Texas Station and Station Casinos founder, the late Frank Fertitta Jr. He chose the Texas theme to appeal to visitors from his home state. However, it was mainly a locals’ joint throughout its 35-year history. It opened in 1995 and was the largest casino in North Las Vegas.

After its closure in March 2020, it became one of the largest drive-through COVID-19 testing sites in Clark County. It was also used as a food distribution site for residents impacted by the pandemic.

The Fiesta Henderson began life in 1998 as The Reserve, a casino with an African safari theme owned by Ameristar Gaming. Despite its failure to make a substantial profit, Station took a chance on the property and acquired it in 2001.

It was revamped as the southwestern party-themed Fiesta Henderson, a sister property to Fiesta Rancho. But the Fiestas were among Station’s worst-performing properties until the COVID-19 shutdown when Red Rock seized the opportunity to close them down with an eye to reinvestment in future projects. 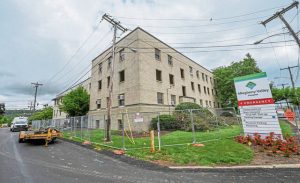