The Midway Shopping Center near University and Snelling avenues is set to become United Village. 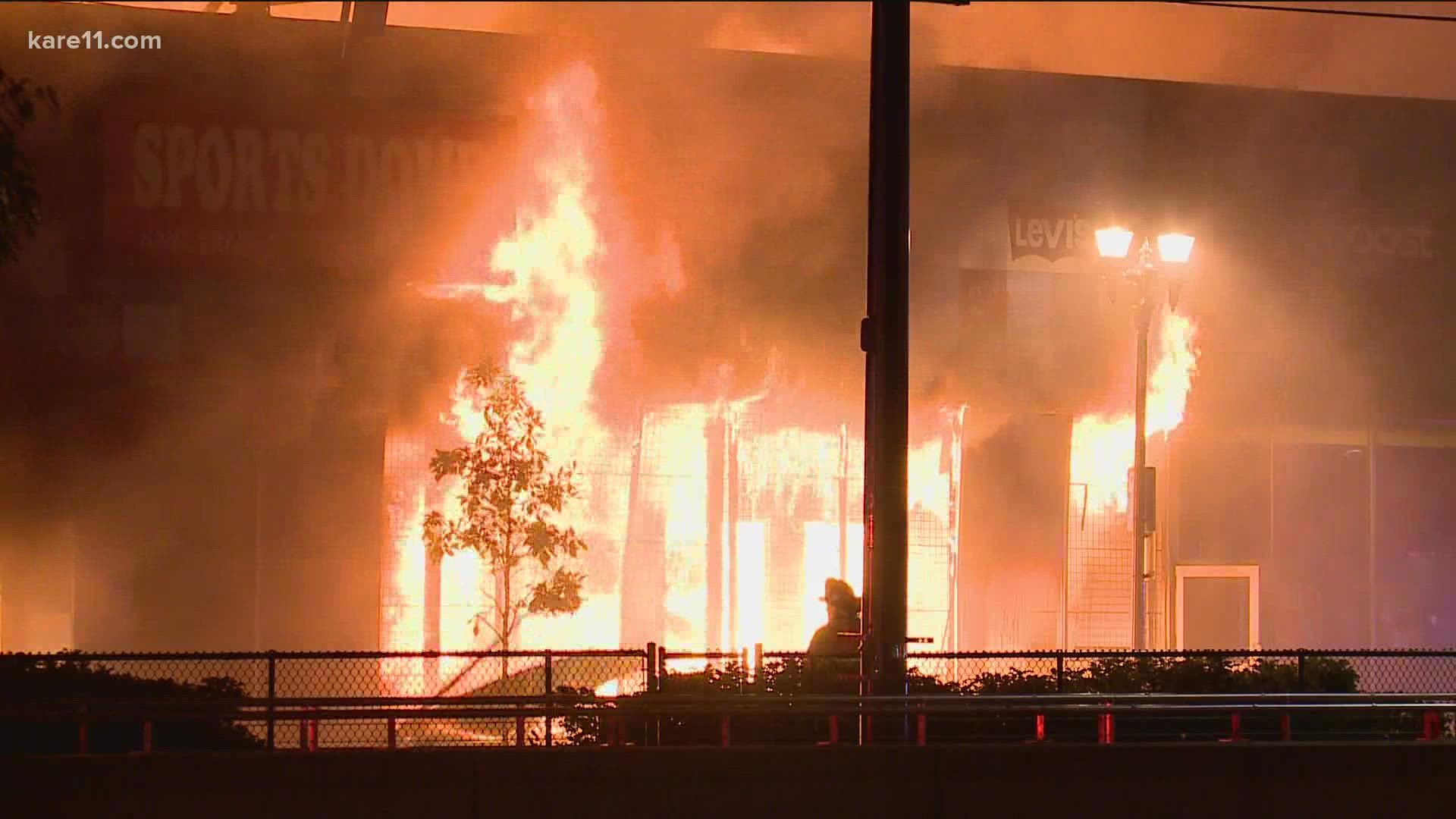 The City of St. Paul issued the demolition permit Thursday, Sept. 16 for the property at 1460 University Avenue, and work began Tuesday, Sept. 21 this week.

The shopping center was destroyed during the unrest in May 2020 following the murder of George Floyd.

“It was a lot of fires,” said Brandy Moore whose clothing store, Levels, is across the street. “It was even fires around the building here.”

While Moore’s Minneapolis location of Levels didn’t survive, her St. Paul location was spared. She continues to work in the neighborhood despite losses at nearby stores including those within the shopping center.

“The stores that, you know, people need to survive and get by,” Moore said. “Grocery stores and the little small stores. Just even In-N-Out dining, restaurants there, the Perkins that was there. The Chinese restaurant that was there. T-Mobile.”

Chad Kulas, executive director of the Midway Chamber of Commerce says, once demolition is complete, developer Mortenson Construction will build something called United Village but what exactly will be inside is unclear. Kulas says, once there is a plan, the Chamber would like to learn more about it.

“Things that are going to bring people back out,” Moore said. “The gentrification, basically that’s going to play a role. You know, as we know, it plays a role in any place where there is especially a huge redevelopment plan … and usually it does force the people that are here in the community out because they can’t afford to keep up with the changes but I’m hoping that it will all work in some kind of way and balance out.”

The property is next to the Allianz Field soccer stadium, which opened in 2019.

“It’s going to be the people that’s in the community having to interact with people coming into the community so in some form, we form family and togetherness again,” Moore said.

The Midway Chamber of Commerce helped raise over one million dollars to help businesses in the area and inside the Midway Shopping Center, including Peking Garden, which has since relocated to University Ave. and Western Ave. in St. Paul.