QUINCY — An Adams County jury agreed on Wednesday that the contractor who handled demolition of buildings in the new jail’s footprint is owed more money.

After a three-day trial, jurors said Blick’s Construction Co. was entitled to $117,019 for the additional work it completed in 2017.

Blick’s filed the lawsuit in April 2018, after the county refused to pay a bill from the contractor for additional services. At the time, county officials said change orders weren’t filed for the work.

In January 2017, Blick’s was awarded the $677,112 contract to raze the buildings at 607, 609 and 615 Vermont, and 300 and 314 N. Sixth, along with the former Adams County Health Department building Blick’s said it did not build additional tasks that were required for the project because they were not included in the project manual, which was prepared by the county’s engineering firm, Poepping, Stone, Bach and Associates.

More than $72,000 was needed after contractors discovered a previously demolished building underneath the parking lot between 304 and 314 N. Sixth, which required removing debris, filling the hole with rock and compacting the area. Other work included wall removal and filling of a basement at 607 Vermont and the removal of a concrete foundation at 609 Vermont.

Two months after the lawsuit was filed, the county filed a third-party complaint against PSBA, the engineering firm hired to oversee the demolition of the buildings. The county claimed the firm failed to thoroughly inspect the properties and failed to inform Blick’s that it did not have authority to complete additional work without written permission from the county.

The county and PSBA reached a settlement earlier this year. “Adams County is obviously disappointed with the outcome of the jury trial, and while we certainly disagree with the jury’s verdict we respect the process of the jury system,” said First Assistant State’s Attorney Todd Eyler, who represented the county. “A jury comprised of citizens of this county heard and considered the evidence and at the end of the day they determined that the plaintiff was entitled to reasonable compensation for services rendered outside the scope of any contract.”

Judge Charles Burch did grant the county’s motion for a directed verdict related to the four counts of breach of contract, meaning Burch agreed that Blick’s did not meet the burden of proof that the county entered into a contract for the additional services.

The jury’s award was for additional services provided by Blick’s that benefited the county.

The new $32 million jail opened last year. The facility has a capacity of 192 compared to 120 in the former jail. It also houses the Adams County Sheriff’s Department and the Quincy Police Department offices. 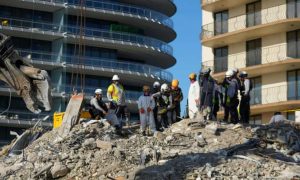 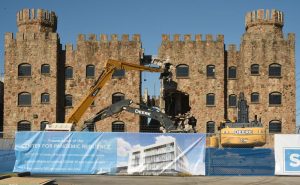 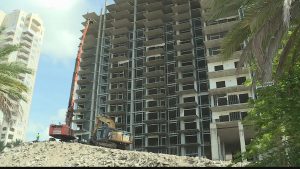