ANNA MARIA – The mayor and City Commission have rejected bids for the demolition of the Anna Maria City Pier that came in higher than expected. During a special meeting on Friday, May 18, the commission supported by a 4-1 vote Mayor Dan Murphy’s request to reissue the pier demolition request for proposals (RFP) with slightly modified selection criteria. Commissioner Dale Woodland opposed reissuing the RFP because he opposes demolishing the existing pier.A second RFP was issued in hopes of getting a lower price. Those responses are due Friday, May 25 and will be reviewed during a special meeting on Tuesday, May 29 at 2 p.m.
The proposals reviewed on May 18 came from Venice-based Sully’s Quality Projects, Venice-based UnderConstruction Contractors and St. Petersburg-based Speeler & Associates. Sully’s bid was $780,730, UnderConstruction’s was $289,000 and Speeler’s was $853,000. Sully’s estimated a demolition completion date of Aug. 8. The other two firms did not estimate completion dates. Two other firms responded to the RFP but missed the submission deadline and their bids were returned unopened. Murphy anticipated all five firms responding to the reissued RFP.

Assisted by city staff, Murphy ranked the three proposals according to five equally-weighted categories – skill and experience, references, bid amount in relation to needed services and other bids received, adherence to bid specifications and requirements and the location of bidders, with a preference stated for firms from Manatee or Sarasota counties. Speeler was ranked #1, followed by Sully’s.
“The problem is $853,000 it too rich for this project,” Murphy said. “Sully’s is good, but again $780,700 is too rich.” Murphy did not feel UnderConstruction had the necessary experience. Murphy said others in the construction industry he spoke with who did not bid on the project gave him an estimated cost between $300,000 and $500,000. Commissioner Doug Copeland said it’s easy to give a lower estimate when you’re not actually bidding on the job.
Commissioner Brian Seymour noted that some of the preliminary demolition work would be done by a local contractor, Frank Agnelli, who’s offered to remove and store the engraved pier planks at no cost. Regarding his initial demolition estimate, Murphy said, “It was a stake in the ground. I had to have something to put together the $4.5 million (total estimated pier replacement cost) and I went to as many resources as I could. If it’s the wrong number, I’ve got work to do.” In reference to the bids, Copeland said, “If they’re all in that same range, then you’re pretty well assured that’s what it’s going to cost.”

Commissioner Carol Carter agreed and said, “It behooves us to go back again and rebid.” Commissioner Amy Tripp also agreed. The revised RFP places greater weight (30 percent each) on cost and adherence to specifications, maintains a 20 percent weight for skill and experience, gives less weight to references and location and adds 10 percent consideration for the ability to provide a detailed work plan.
Murphy said the location of the demolition firm is not important, but it’s crucial that the yet-to-be-selected firm that builds the new pier, restaurant space and bait shop use local labor. “People that are going to live with what they build,” he said. Seymour suggested giving more than 30 percent consideration to cost, but Copeland noted that lower cost can also result in a lower quality of work.
Woodland opposition Woodland remained silent until the 20-minute meeting was nearly over.
“I’m opposed to the entire demolition process for a couple of reasons,” he said. “We, the mayor and this commission, have not justified the need for the demolition. The only thing it was based on is what I call false narrative – that being where we all early agreed we wanted something that was gonna last a hundred years, and that became the entire basis for tearing down the pier and not rebuilding it, which I think was a huge mistake.
“I think it’s a terrible waste of time and money not rebuilding. So, it doesn’t matter who you select, I’m not going to support them or this process. I really think we’ve been disingenuous to our own residents and the citizens by not justifying the path we’re taking. We’ve heard plenty of comments from our residents but there’s been zero dialogue,” Woodland said. 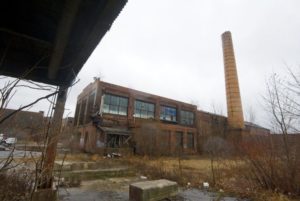 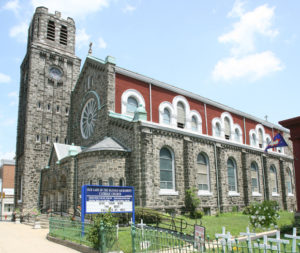