Fukushima: The World’s Most Challenging Demolition Project Yet

On March 11, 2011, 14:46 local time, the strongest earthquake ever recorded in Japan’s history occurred. It measured 9.0 on the Richter scale, and it was so strong it affected the earth’s rotation on its axis and shifted some of Japan’s eastern seashore a few meters to the east. The damage due to the tremors is not as considerable as the damage caused by the resulting tsunami. According to Livescience.com, the shift on the seafloor was 164 feet horizontally and 33 feet vertically, causing the massive tsunami that killed around 20,000 people in Eastern Japan.

The damage wrought to the people affected by this massive earthquake is incalculable. But the most controversial and the one that will occupy the attention of the Japanese and the world’s attention is the cleanup resulting from the damage to the Fukushima nuclear power plant.

Initially, all 11 reactors operating in the region shut down automatically during the earthquake, and the worst damage happened to the four reactors of the Fukushima Daiichi plant. The seismic forces themselves did not result in the damage. The plant design for all nuclear power plants prepared for the worst projected tremors, and there was no considerable structural damage detected after the earthquake. The problem lies in the seawall and the decision to build the powerplant to prepare a little over 5 meters in height for possible tsunamis. The resulting tsunami that hit the immediate vicinity of the Daiichi reactors was around 15 meters in height.

The resulting flooding knocked out the emergency generators that provide power to the pumps cooling the reactors and the spent fuel. Workers struggled for the next few days to restore the power, and the cooling provided was not enough to prevent a meltdown. Furthermore, chemical explosions on the plant itself resulted in further damage. TEPCO (Tokyo Electric Power Company) has since written off the four nuclear reactors affected by the earthquake. Public clamor bury the site, figuratively and literally has been growing. That led to the project finally dismantling the Fukushima Daiichi reactors. However, the procedure for disassembling, demolition, and clean up around the four reactors will not be straightforward at all. The plan is to complete the demolition work, dismantling, and clean up for forty years.

The lessons provided by the management of previous cases of reactor meltdowns can’t help the demolition work for the Daiichi reactors. Chernobyl, for instance, was buried under concrete. In the case of Three Mile Island, the structure was intact while the fuel remained inside its pressure vessel. For Fukushima, there is the wrecked building, three melted cores inside it, plus a core on the floor that used to be a vessel. The situation presented by Fukushima is unprecedented.

The approach presented by the situation at Fukushima will take creative processes that have never been tried before. The main phases of decommissioning consist of four stages. The first step is surveying the entire area for radioactivity. The second step is decontaminating the work area, including the walls and the floors. The third step is removing the melted fuel. The fourth step is to contain the radioactive water that flows through the site.

Initially, the radioactivity levels in the area are so high that survey work will be impossible for human workers to be protected. The task required the help of robots. Squadrons of these robots must tackle different functions for different situations that have never been encountered before. Most of the robots necessary have not been invented or developed yet. The first robots used for this work were flown over from the USA and supplied by iRobot Corp. of Bedford, Mass. But Japan, known and proud of its robotics industry, has been developing robots for these tasks.

The work has started, and various challenges were encountered and being addressed. The robots developed have since acquired the capability of managing stairs. The next issue is the matter of getting instructions and video feeds from the robots. The thickness of the metal and debris restricts direct signal feed necessitating the use of wires. However, the cables themselves get entangled in the debris as well. The robots developed by the team led by Tomoaki Yoshida of Chiba Institute of Technology are at the forefront of the cleanup work. Companies such as Toshiba and Hitachi have now been supplying robots that can decontaminate the walls and floors of the work areas.

The most controversial part of the process is the potential danger posed by the spent fuel rods. The cooling water might leak out in the event of the pool containing it being damaged, and a dry pool will not be able to prevent the spent fuel from heating up. Remotely operated cranelike devices can perform some heavy lifting tasks, and these can be used in some of the processes required to remove the melted fuel rods.

The most challenging task, perhaps, is dismantling the reactor structures themselves. To do this, enormous drills will have to bore holes to 25 meters below the reactor level. Only then can specialized machines can lift the debris into radiation-shielded transport casks for management.   However, the containment vessels themselves will have to be flooded first to shield the radioactive fuel, and submersible robots will map the slumped fuel assemblies inside the vessels.

The Japanese authorities are open to advice and counsel from experts all over the world. The challenges presented by the Fukushima nuclear plant cleanup are daunting. But, once done successfully, it will benefit humanity because of the advances in technology required by this task. 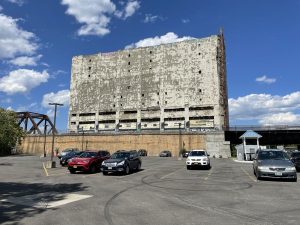 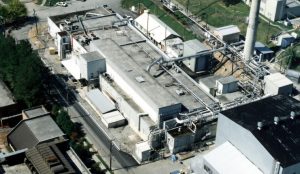