“As Secretary of Energy, one of my main priorities has been to tackle our enterprise-wide cleanup challenges, including the ETEC site. I recently had the opportunity to travel to California and visit the site where I was able to see first-hand the progress that has been made, and learn about the remaining challenges,” Secretary Perry said. “The issuance of this ROD marks a significant step forward toward the final cleanup of this site.”

The ROD outlines the process of removing the remaining 18 DOE-owned structures.  DOE will prepare demolition and disposal plans for each building, which include processes for characterizing building materials; collecting, handling, transporting, and disposing of debris; and identifying permitted off-site facilities to receive the debris. In addition, the decision recognizes that the demolition of five structures among the 18 in Area IV must be compliant with State of California permits under Resource Conservation and Recovery Act (RCRA) and California hazardous waste laws.

The ETEC site, located at the Santa Susana Field Laboratory, served as a premier research facility for the U.S. during the Cold War. Since the 1980s, more than 200 structures at ETEC have been demolished and removed. DOE will now work with its contractor to finalize demolition plans and processes. Once work begins, it is expected to continue for approximately two years.

SOME HISTORY ON THE SITE!!

A failure of governmental candor: The fire at the contaminated Santa Susana Field Laboratory 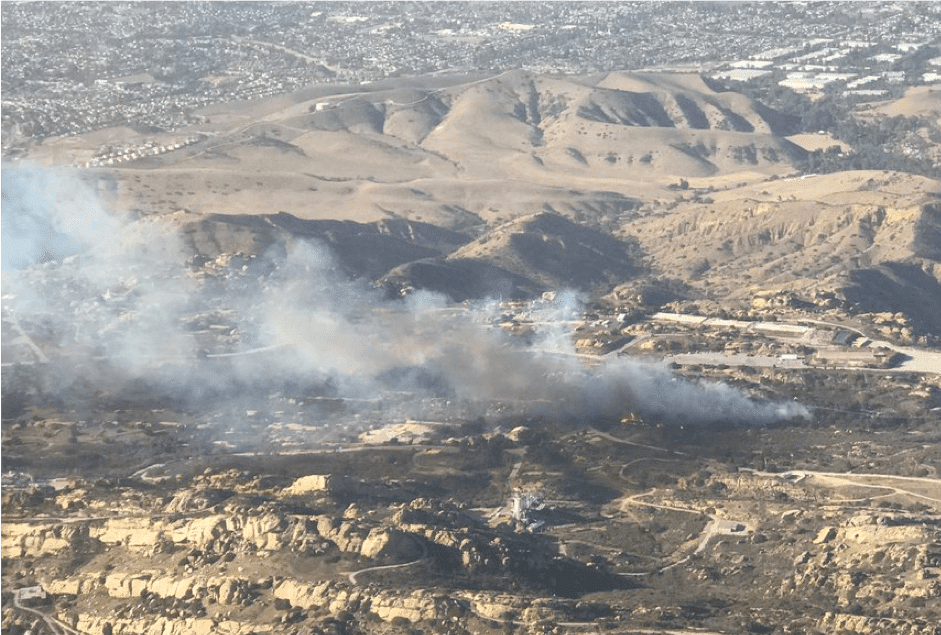 The Woolsey Fire began on November 8 at the Santa Susana Field Laboratory (SSFL), located adjacent to Simi Valley, California, and enveloped much of the lab’s grounds, eventually burning all the way to Malibu and the Pacific Ocean, impacting nearly 100,000 acres. Because of widespread radioactive and toxic chemical contamination at the Santa Susana site from several nuclear reactor accidents, including a partial meltdown, and tens of thousands of rocket engine tests, the public had reason to be concerned that smoke from the fire carried contamination offsite.

In the wake of the fire, the California Department of Toxic Substances Control (DTSC) and the US Energy Department—both of which have been involved in long delays to the promised cleanup of the Santa Susana site—issued assurances that no radioactive or toxic chemical contamination had been released. At that time, however, the agencies refused to release any actual data or scientific explanation of how hundreds of acres of contaminated vegetation, growing in contaminated soil, could burn without releasing contaminants.

A history of poor environmental practices. The Santa Susana Field Laboratory was established in the 1940s as a remote facility for rocket engine and nuclear reactor testing that was considered too dangerous to conduct in populated areas. It is situated in the hills overlooking Simi Valley and the west San Fernando Valley, about 25 miles from downtown Los Angeles. Since the lab was established, the population in the Los Angeles area mushroomed, and now about 500,000 people live within 10 miles of the site.

Over the years, 10 reactors operated at Santa Susana, as well as plutonium and uranium fuel fabrication facilities and a “hot lab” where highly irradiated fuel from around the US nuclear complex was shipped for decladding and examination. Tens of thousands of rocket engine tests were also conducted at the site.

During the lab’s life, numerous reactor accidents occurred, the most famous of which was the 1959 partial meltdown of the Sodium Reactor Experiment. After a power excursion—that is, an undesired and rapid increase in power level—in the reactor core, operators were barely able to shut it down. Although they could not identify the cause of the problem, the reactor was inexplicably started up again and ran for 10 more days, in the face of rising radiation levels and clear indications of fuel damage. When the reactor was finally shut down, a third of the fuel elements were found to have experienced melting.